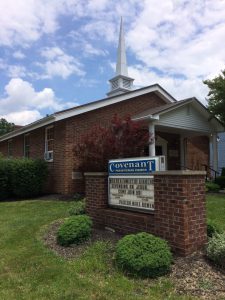 Seeking to stay faithful to the Biblical teachings of the Reformation, a significant number of members of the local PCUS church in Cynthiana voted to break away from the PCUS on May 22, 1973, and organized as Covenant Presbyterian Church. They joined what later became known as the Presbyterian Church in America, one of the fastest growing Presbyterian denominations in the world.

Our current facility was built in 1974 one year after we separated from the PCUS.

We adhere to Biblical Christianity as most eloquently expressed in the Westminster Confession of Faith and the Larger and Shorter Catechisms drafted at the height of the Protestant Reformation by some of the Church’s greatest thinkers of the time.

We are a member church of the Ohio Valley Presbytery.